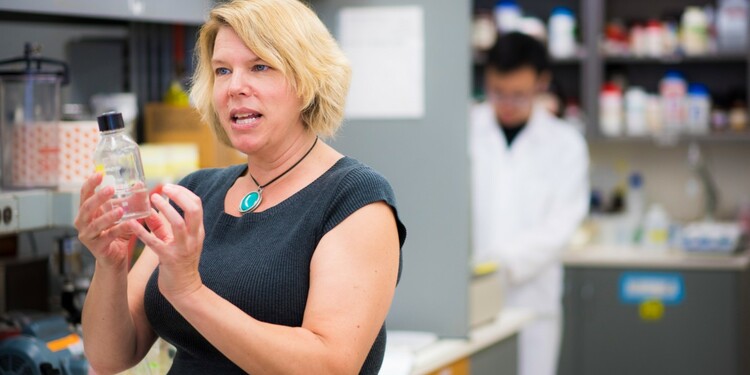 “Microbiology needs to be considered if we’re going to solve any of the massive problems related to climate change,” said U of A biologist Lisa Stein, who was part of an international group of scientists who issued a statement warning that we need to know

Ignoring the role of microorganisms could have dire consequences when it comes to climate change, according to a new statement issued by an international team of microbiologists.

“Microbiology needs to be considered if we’re going to solve any of the massive problems related to climate change,” said University of Alberta biologist Lisa Stein, a co-author of the statement.

“Microorganisms both affect and are affected by climate change—meaning that they both produce and consume greenhouse gases. Their role in a changing climate is critical.”

Stein, a leading expert in the field of biofuels, conducts research on using microorganisms such as bacteria to turn greenhouse gas emissions from oil and gas production into biofuels such as methanol and isoprene—effectively closing the loop on legacy energy technology.

“When we think about climate change, we think about cars, fossil fuels and industry,” explained Stein. “These things are relevant, certainly. But what we’re not yet fully considering is how microorganisms are either facilitating increased global warming, or how we can harness microbes to control those greenhouse gases. My area of work focuses on how we, as humans, can change our behaviours to allow microbes to help us bring the planet to a more sustainable zone.”

The first step is making sure microbes are top of mind for both scientists and the wider public, she said.

“We need to improve literacy about this topic, to both address the climate change disaster that is upon us, right now, today, and to encourage future generations to feel more comfortable in their understanding of our microbial world.”

“We really believe this is our last chance. Doing nothing is unethical. If we don’t, we are possibly looking at the end of our species within the next two generations. We can’t just sit back.”

The statement, representing a consensus of 30 researchers from nine countries, calls for the inclusion of microbes in climate change research, improving public awareness, and support for new, innovative technology. The work was co-ordinated by Rick Cavicchioli, microbiologist and professor at the University of New South Wales in Sydney, Australia.

The statement, “Scientists’ Warning to Humanity: Microorganisms and Climate Change,” is published in Nature Reviews Microbiology.