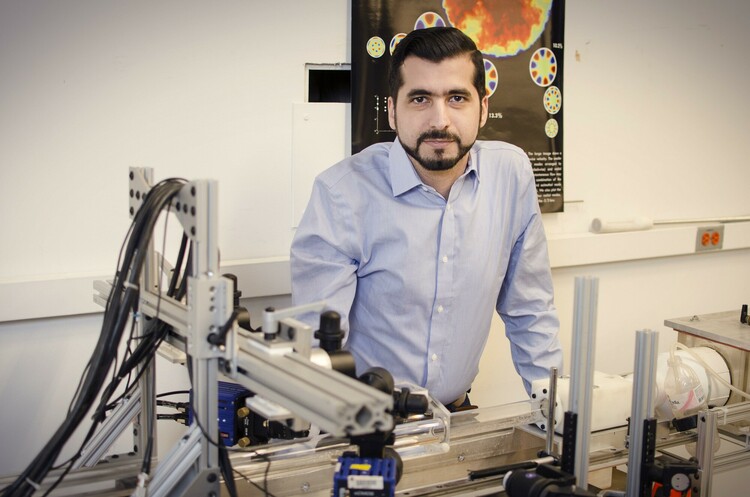 Imagine you’re drinking water through a paper straw: every time you sip, the water makes contact with the inner surface of the tube, gradually breaking it down. Eventually the straw will degrade –– fortunately to be recycled –– and you’ll need a replacement.

What if you could change the straw so the water making contact with its inner surface is moving slower, reducing the wear –– specifically shear and drag forces? What if the strongest flow could be forced into the center, so that the water jets right through the middle without a destructive interaction with the walls?

Future Energy Systems researcher Arman Hemmati, an Assistant Professor of Mechanical Engineering, is working on new designs for the inside of a tube which could have that effect.

But instead of straws and water, he’s targeting pipelines and bitumen –– crucial pieces of energy infrastructure which, if they break down, can have costly economic and environmental impacts.

Hemmati picks no favourites when it comes to energy systems –– his priority is to find efficiencies and reduce the environmental impact of humanity’s energy addiction.

While completing his PhD at the University of Calgary he worked on models related to solar and wind energy technologies, to facilitate their implementation in urban communities. That experience helped equip him to join Canada’s delegations to the United Nations Climate Change Conferences in Bonn in 2014, then Paris in 2015.

As an Technical Observer with the World Federation of Engineering Organizations, he provided technical expertise in discussions between political delegates from around the world. The experience taught him a great deal about the divide between the public’s expectations of energy systems, and the realities found in the lab.

“We absolutely need to reduce the amount of carbon dioxide our energy systems release into the atmosphere,” he asserts. “But we cannot legislate changes to the laws of thermodynamics –- we must research and innovate, which takes time.”

To Hemmati, the steps for reducing emissions are clear: support research and development into new energy systems while making every effort to reduce the impacts of the systems that are currently responsible for our quality of life. His own research covers many different stages of the energy transition.

“We are still decades away from being able to reliably and consistently power our entire world –– hospitals, schools, transportation –– with just renewable sources,” he says. “In the meantime, there are countless ways we can try to increase the efficiency and reduce the impact of the systems we use now.”

When he moved to Princeton University for his post-doctoral fellowship in the lab of Professor Alexander Smits, Hemmati came across fundamental research which could directly impact both the efficiency and risk associated with one of the most controversial aspects of the current energy system: pipelines. 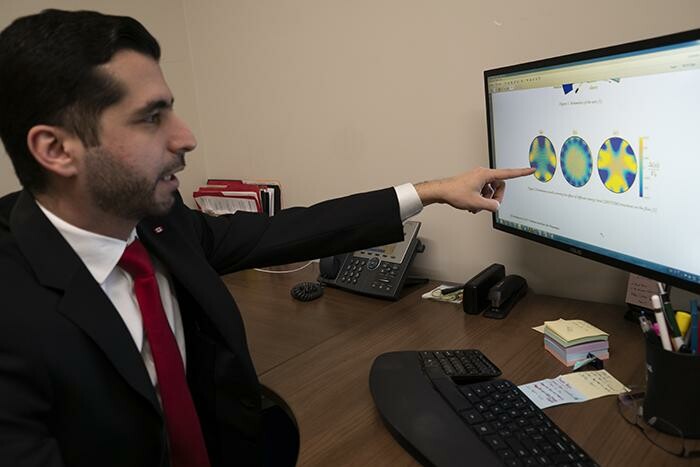 The pipelines that serve Alberta’s oil sands are principally like paper straws, but instead of transporting water they’re transporting a much more viscous and corrosive substance: bitumen. This energy-dense substance requires that pipelines be regularly cleaned and maintained at high cost in order to avoid failure –– and if failure occurs, the environmental consequences can be significant.

To reduce these risks, operators are already making efforts to reduce the amount of pressure bitumen puts on the inner surface of the pipeline. Vortex generators –– fin-like features placed on interior pipe surfaces –– are designed to alter the bitumen’s flow, but they are costly and suffer corrosion as well. At Princeton, Hemmati came across an alternative.

“In Professor Smits’ lab we were doing fundamental research about how the cross section of a pipe’s interior surface can shape the movement of water,” he explains.

Using internal cross-sections with projections that almost look like teeth, pipes can force water pressure into the center. Returning to the analogy, this would mean having a paper straw that’s smooth on the outside but has ridges running along part of its length on the inside. These ridges shape the flow of the water so that most of it spirals through the middle of the tube, reducing the impact –– and wear –– on the inner surface.

“Our research now must determine whether the same principles will apply to bitumen, which is much more viscous,” Hemmati continues. “First we must model the flow of bitumen, then we can simulate the effect of different cross sections. After that we can test them in the lab.”

With the right architectures, existing pipelines could be retrofitted to reduce erosion and corrosion.

“We wouldn’t need to replace the entire pipeline,” he adds. “You could substitute segments of pipe with the new cross section at intervals. That would be enough to shape the bitumen flow.”

Solutions for all sides 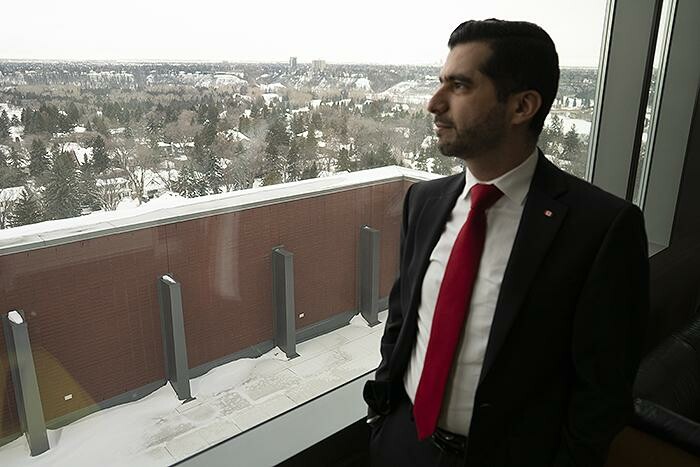 Through its Climate Change Innovation and Technology Framework, the Government of Alberta has supported Hemmati’s pipeline research with $100,000. Future Energy Systems is a partner, and Hemmati will continue to collaborate with his colleagues at Princeton in the development of models and simulations.

In the meantime, his work on renewable energy persists: he leads a team that is developing and refining predictive models for wind, geothermal, and hydro power that could prove especially valuable for remote communities in Canada’s north. His focus remains on solving problems.

“We need to look at each problem and find solutions outside the box,” he says. “The reality is that we must find parallel solutions, lowering the environmental impact of what we have now while simultaneously innovating to find better means for energy extraction and harvesting.”

From power generation to transportation and home heating, he lists numerous applications where efficiencies can be found while research into new energy systems continues.

“By recognizing that energy transition takes time, we can bring stakeholders from all sides to the table to address climate change,” he concludes. “We need to move from rhetoric to real solutions on this issue, which means we need to build bridges that enable us to trade ideas and compromise, in an effort to make a difference in the long run.”

Arman Hemmati participated in the TEDx UAlberta 2020. View his talk below: