Prof. Michael J. Serpe received his B.S. at the University of Central Florida in 2000, and his Ph.D. in Analytical Chemistry from the Georgia Institute of Technology in 2004. After conducting research in industry for one year he joined the group of Professor Stephen Craig at Duke University as a Postdoctoral Fellow. He joined the Department of Chemistry at the University of Alberta as an Assistant Professor in 2009 and was awarded early tenure and promoted to Associate Professor in 2014 and Full Professor in 2018. The Serpe Group is studying various aspects of colloid, polymer, and surface science with emphasis on using photonic materials and responsive polymer-based systems for myriad applications. Some examples include sensing, biosensing, controlled/triggered drug delivery, self-bending materials and actuators (i.e., artificial muscles), and water remediation. Prof. Serpe was recently appointed (April 2016) as an Associate Scientific Director and Theme Lead for the Canadian Networks of Centres of Excellence (NCE) IC-IMPACTS. Prof. Serpe is also Chair of the local section of the Chemical Institute of Canada, and is a member of the executive committees for the Analytical and Materials Chemistry Divisions of the Chemical Institute of Canada. Prof. Serpe has been granted a University of Alberta Faculty of Science Research Fellowship, named a Grand Challenges Canada Rising Star in Global Health, received the 2013 Petro Canada Young Innovator Award, has been named one of Edmonton's Top 40 Under 40 by Avenue Magazine for 2013-2014, received the 2015 Martha Cook Piper Research Prize, and the 2016 Fred Beamish Award from the Canadian Society for Chemistry. 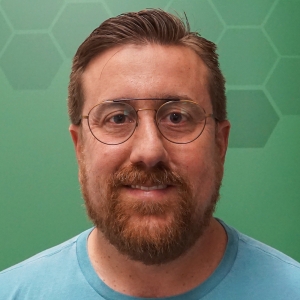