Dr. Tang is a Professor of Mechanical Engineering at the University of Alberta. She received her Bachelor’s degree in Engineering Mechanics from Tsinghua University (2001) and PhD in Theoretical and Applied Mechanics from Cornell University (2005). She worked as a Visiting Research Scientist in the Chemical Engineering Department at Lehigh University before joining the University of Alberta where she has been an Assistant Professor (2007-2011), Associate Professor (2011-2015), and Professor (2015-present). Dr. Tang’s research interests lie in the modeling and simulation of soft materials and interfaces, especially at micro- to nano- scales and in biomedical systems. Dr. Tang is a recipient of many awards, including a Tier 2 Canada Research Chair (2007-2018), the Adhesion Society’s Distinguished Paper Award (2006) and Outstanding Young Adhesion Scientist Award (2009), and the Martha Cook Piper Research Prize (2014). 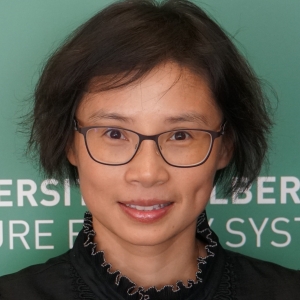