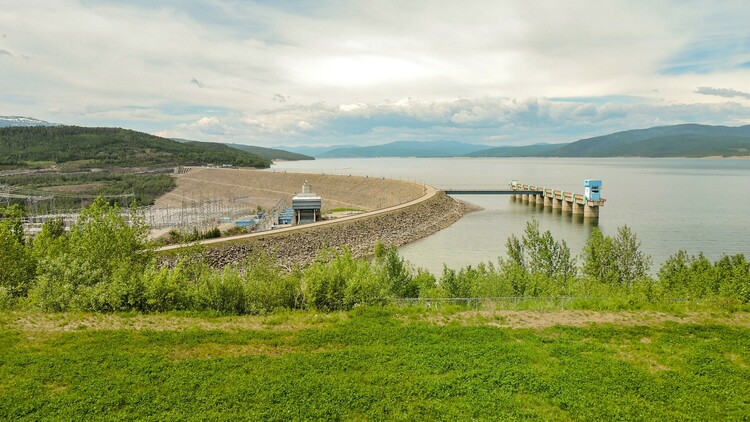 The W.A.C. Bennett Dam on the Peace River in northern British Columbia. A full two-way roadway runs on top of the dam and it is about as high as Edmonton's second tallest tower, the JW Marriott. (Photo: Evan Arbuckle)

Hydropower is Canada’s biggest electricity supplier, but high cost overruns mean its future market share may lose out against other renewables

All renewable energy is not made the same. What does that mean for our future?

According to research led by UofA researcher Evan Davies and Masters student Evan Arbuckle, the costs of hydropower are higher than we think – and that could result in a decreased share of the future energy market.

“We noticed a lot of recent cases of cost overruns in power generation projects – hydro, nuclear, and others,” Arbuckle explained. “Projects regularly run millions of dollars over projected budgets, with timelines years longer than originally planned.”

“GCAM is a projection tool, simulating changes in the world on a long-term or mid-term scale,” Davies explains. “We aren’t predicting the future, we’re looking at trends, calculating what it will look like if we implement certain changes or influences in our energy systems.”

The model simulates, among other things, demand for energy and the behaviour of energy production sectors and systems. Different scenarios can be programmed by setting variables like energy costs, socioeconomic changes, and policies, and complex calculations are run to project the likely outcomes.

Their modelling – accomplished in collaboration with the Joint Global Change Research Institute at the University of Maryland and the Economic Analysis Directorate at Environment and Climate Change Canada – found that ignoring cost overruns can lead not only to economic troubles and high electricity prices, but can also hold back environmental objectives, like emissions reduction targets. They recently published a cautionary tale in Energy Policy.

“With these cost overruns, a boom in hydropower could have a negative impact in terms of economy-wide carbon emissions,” Arbuckle said. The higher costs in building the project must be recouped, and the burden is pushed onto consumers. According to the modelling, a high increase in electricity prices could push consumers to cheaper thermal fuels with greater emissions, instead of hydroelectricity. 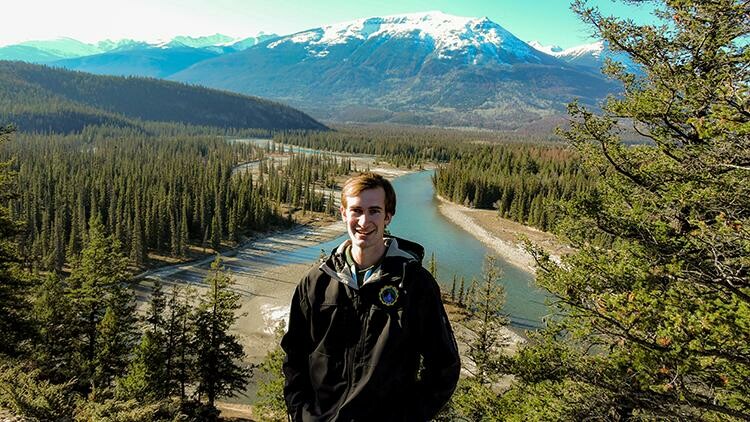 The problem of over-budget projects is systemic. Because these projects can take many years from the planning stages to construction and finally operation, there’s a high risk of governmental or policy changes in the course of a project. On top of that, there can sometimes be what Arbuckle refers to as ‘strategic misrepresentation’ – downplaying project schedule and financial risks, in the effort to simply get the projects off the ground in a shorter time frame.

“Many of the ‘easy’ hydropower sites have already been built, so new projects are typically moving toward sites that are more expensive to develop,” Arbuckle said. “Large hydropower plants are becoming trickier to build. And broader awareness makes it more than an economic question. Large reservoirs can have serious environmental and social impacts. They can become huge political issues.”

In comparison, other renewable energy sources like solar and wind power can often be smaller in scale, leading to less public contention, while their modular construction reduces the chances of incurring cost overruns.

“The cost overruns of hydro could mean that diversifying the grid into techs like solar and wind could be even more beneficial than would be expected with standard cost assumptions,” he says.

Some proposed hydro projects in Alberta for example are pumped hydro plants, which double as a type of energy storage that might work in combination with more intermittent sources, like solar or wind energy. When there’s a surplus of energy – for instance, from a windy or sunny day – water is pumped uphill, and when there is a power deficit it is released to flow downhill and generate energy when required.

There is also an economic reality of Canada’s hydro infrastructure: age. Some early hydro plants in Canada are a century old. Sediment accumulates in the reservoirs overtime and decreases power generation while maintenance costs continue to rise. Increased operating expenses could make other renewable sources increasingly competitive, and GCAM simulations show that the choices we make now could have major influences on the resiliency of our energy systems.

“It’s possible that we aren’t totally aware of what maintenance will cost as these plants continue aging,” Arbuckle concludes. “In the real world, each hydropower installation is different. We work with representative values, trying to model the technology and systems as best we can.”

To learn more about the GCAM research ongoing in the Davies lab, click here.

You can also watch Evan Davies explain his work on the FES YouTube Channel.