Even as the world continues to struggle with the COVID-19 pandemic, another massive challenge defies borders and demands international collaboration: climate change.

Yesterday, the University of Alberta in Canada and Tsinghua University in China, both world-leaders in energy and environmental research, hosted a virtual ceremony to renew the Joint Centre for Future Energy and Environment.

Launched in 2017, the centre brings together leading Canadian and Chinese researchers to develop groundbreaking innovations that will reduce energy-driven greenhouse gas emissions for countries around the world.

“This centre will contribute to the sustainable development of human society,” Tsinghua President Qiu Yong remarked during the ceremony, describing the signing as another significant milestone in the strong relationship between the two universities, which first began in 1995.

University of Alberta President Bill Flanagan echoed the sentiment, stating: “Sharing our knowledge, research, and technology is one of the best ways for us to address the universal challenges we face — to help slow climate change and mitigate its effects — to transform our cities, protect our environments, and secure sustainable energy for people across the globe.”

To date the centre has launched 14 projects with topics ranging from biofuels to batteries, which have collectively trained 11 graduate students and produced more than 16 research publications. Following the signing ceremony, a research workshop took place during which six joint teams reported progress on topics including water and wastewater purification, lithium battery innovations, wind power generation, and carbon capture and storage.

During her introduction to the workshop, Future Energy Systems Director Anne Naeth highlighted the importance of these projects for students in both Canada and China: “By training students together, we prepare a new generation of researchers, innovators, and leaders who will have a broad and sophisticated understanding of the challenges our world faces, because of our growing demand for energy.”

The Joint Centre for Future Energy and Environment is based in China, hosted by Tsinghua University’s national think tank, the Low Carbon Energy Laboratory. The University of Alberta commitment to the centre is facilitated by the Future Energy Systems research program, which is funded by the Government of Canada’s Canada First Research Excellence Fund. 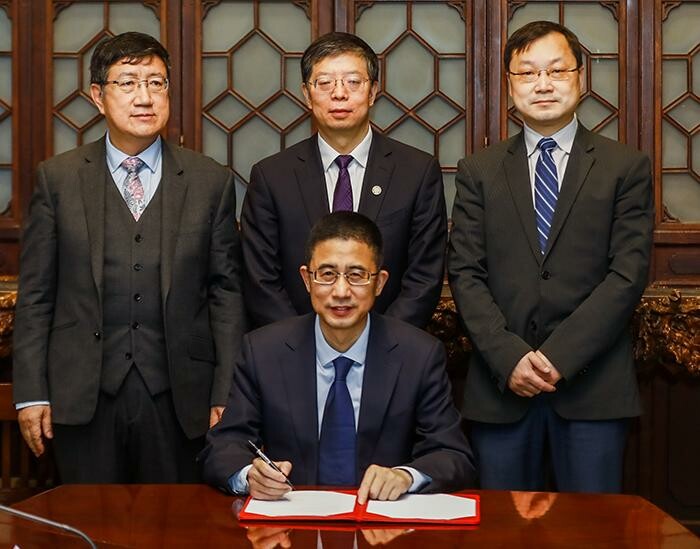