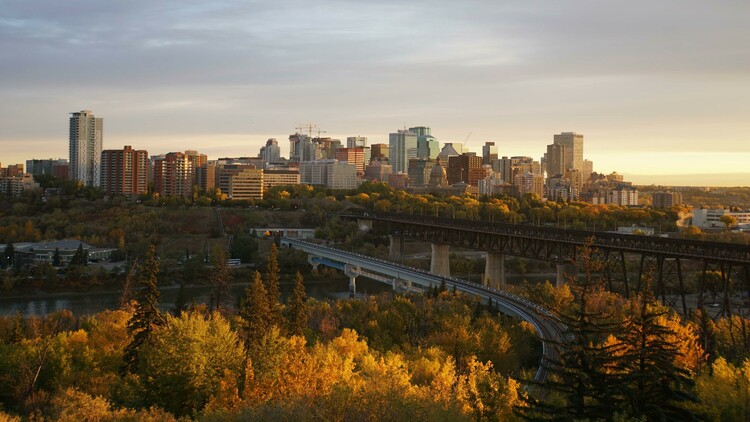 In 2017, University of Alberta mechanical engineering professor Mohtada Sadrzadeh found himself presenting his work on a new water treatment technology at the Canadian Oil Sands Innovation Alliance (COSIA) conference right after a researcher from an IBM research centre who was pitching almost exactly the same technology.

“It was strange for me at first—you hear the name IBM, you think computers, but you wouldn't think they work on water treatment,” said Sadrzadeh.

Sadrzadeh sparked up a conversation with his newly discovered counterpart from Silicon Valley, Young-Hye Na, team lead at IBM Almaden Research Center, and Andrew Myles with the National Research Council Canada, who facilitated the attendance of IBM in the conference. That conversation led to a partnership that holds the promise of a solution to efficiently and cost-effectively remove pollutants from oilfield produced water.

Sadrzadeh explained that limitations in existing water filtration technology restrict the quality and quantity of water that can be processed. The main obstacle preventing membranes from working effectively is organic, inorganic and biological substances that clog—or foul—their surfaces and pores. This fouling prevents water from flowing through the membrane as easily, and reduces the membrane’s efficiency in separating contaminants from the reusable water. It also increases operating costs as the membranes must be washed and replaced more often.

Sadrzadeh and his team had a membrane technology in the works, a way to fabricate and test the membranes at different scales, and a relationship with the oilsands conglomerate.

However, Na, who is now an adjunct professor at the U of A, and IBM held the missing link: a star-shaped nanoparticle polymer coating designed to prevent contaminants from attaching to the membrane surface. The coating allows water to flow freely and increases the life of the membrane from months to years.

The final ingredient came in 2017 when the federal government’s National Research Council Canada (NRC) jumped on board with its advanced microscopy expertise.

“A major part of the membrane and water treatment is the analysis or characterization.

And NRC has a very nice facility in the Nanotechnology Research Centre here at U of A,” said Sadrzadeh.

"IBM's vast portfolio of advanced materials, the NRC's exceptional infrastructure and expertise in nanoscale materials and characterization, and the U of A's in-depth knowledge of water purification techniques were the platform on which we built this productive project.”

Sadrzadeh estimates the antifouling membranes could reduce freshwater use in oilsands operations by up to 15 per cent and greenhouse gas emissions by another 15 per cent. He added the product is currently being piloted with a timeline for commercialization of four to five years.

And while his focus is helping Alberta’s energy industry, the membranes will be adapted for various processes in residential and municipal water treatment. He noted there is no limit to the types of nanoparticles that can be used to coat the membranes—whatever their size—to filter out a range of contaminants including salt, impurities and even viruses.

“These membranes can be used for breweries, the pulp and paper industry, agriculture and even small businesses such as car washes where the reuse of water would make them more financially attractive,” he said. “It even can be used in seawater desalination.”

Andrew Myles, R&D director of the NRC's Nanotechnology Research Centre, noted the project is a good illustration of how the coming together of government, academia and industry can provide leadership in solving Canada's toughest problems.

"Our success is truly collaborative and is due to the commitment of all parties. The momentum we have gained will lead to continuing innovation and nanotechnology advancements," said Myles.

The project is supported by the National Research Council of Canada in partnership with the IBM Almaden Research Center, the IBM Alberta Centre for Advanced Studies and the U of A.

This story was originally published on Folio - it can be read here.