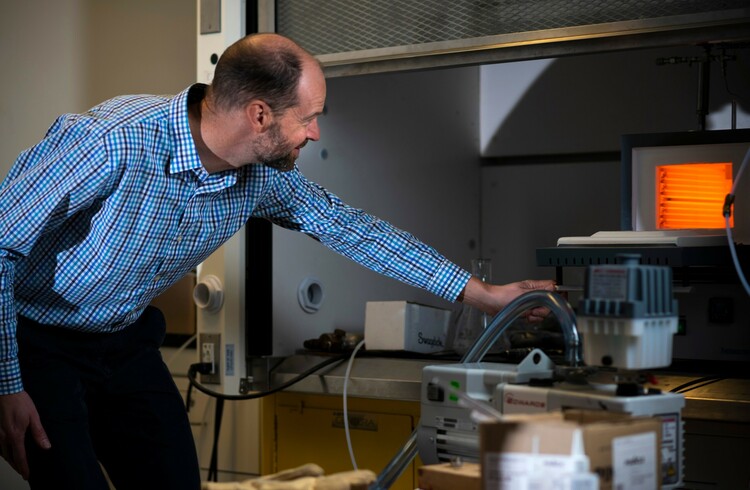 New process could lead to low emissions and high-value byproducts.

A University of Alberta research team is working with a Calgary energy company to extract hydrogen and high-demand carbon products from natural gas, while emitting less carbon dioxide in the process.

Innova Hydrogen and researchers in the Faculty of Engineering received $1.2 million from the Natural Sciences and Engineering Research Council and the Mitacs Accelerate Grants Program to develop the technology.

Existing technology requires natural gas to be heated to about 1,000 C in a reactor, thermally decomposing it into hydrogen and “carbon black,” a substance used in plastics, ink and rubber products. But the generation of heat for that process — typically produced by electricity or burning natural gas — emits CO2.

“There are only a few commercial plants doing this, and they focus on the carbon side of things because of its value,” said project leader Jason Olfert. “They want to fine-tune the economics to make carbon at the right price.” And the cheapest source of heat is natural gas. 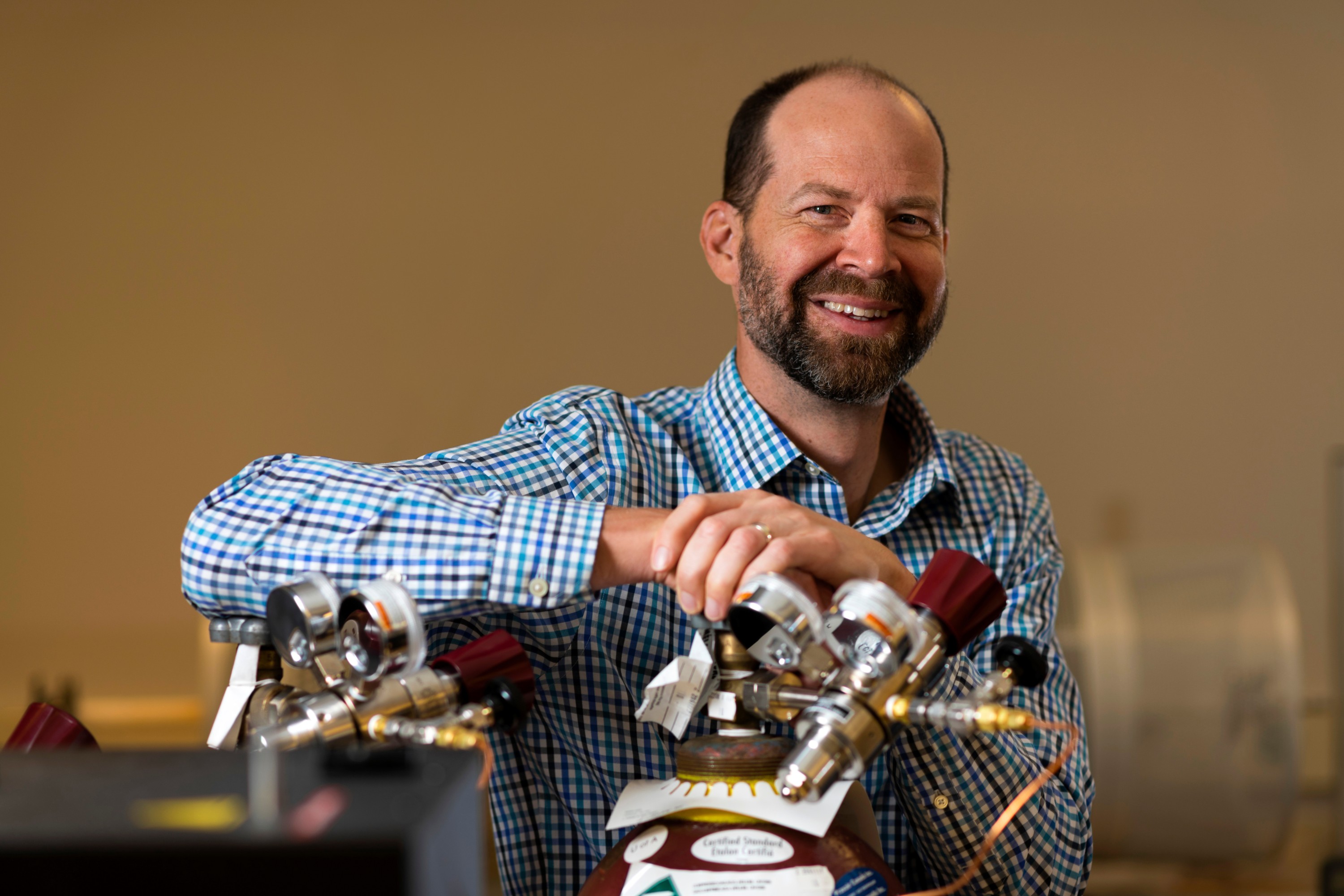 “In Alberta we’re sitting on lots of natural gas, and we want to be able to use it without producing CO2 emissions,” says Jason Olfert of hydrogen's potential as a reliable, low-cost energy source. “If we turn it into hydrogen without making emissions, we’ve solved the problem.” (Photo: John Ulan)

Carbon black, a byproduct of hydrogen production, is used to make products like plastics, ink and rubber. The technology U of A researchers are developing with Innova Hydrogen could also potentially produce higher-value carbon byproducts including graphene. (Photo: John Ulan)
The Innova project will focus mainly on the production of hydrogen, said Olfert, using an iron-based catalyst in a specialized catalytic reactor. The process lowers the required temperature for decomposition but still produces the same amount of hydrogen.

The lower the heat, the more efficient the process becomes.

Olfert will lead the research project. Chemical engineer Natalia Semagina will search for the cheapest and most effective catalyst, while mechanical engineer Marc Secanell Gallart will make theoretical models for hydrogen conversion in the reactor.

“In Alberta we’re sitting on lots of natural gas, and we want to be able to use it without producing CO2 emissions,” Olfert said. “If we turn it into hydrogen without making emissions, we’ve solved the problem.”

“We need to develop low-cost energy sources which can meet energy needs on demand. Wind and solar are inexpensive but are intermittent and less reliable,” said Olfert. “We need something else, and a lot of people are proponents of hydrogen.”

Jason Olfert
“In Alberta we’re sitting on lots of natural gas, and we want to be able to use it without producing CO2 emissions,” says Jason Olfert of hydrogen's potential as a reliable, low-cost energy source. “If we turn it into hydrogen without making emissions, we’ve solved the problem.” (Photo: John Ulan)
One of the cleanest sources of energy is hydrogen, which produces only water when it is burned or used in a fuel cell. Its production has become a key part of Alberta’s economic recovery plan, as outlined in the province’s Hydrogen Roadmap.

Alberta is the largest producer of hydrogen in Canada, having used it for decades to upgrade bitumen to synthetic crude oil.

According to the Hydrogen Strategy for Canada, hydrogen could deliver up to 30 per cent of Canada’s end-use energy and meet up to 24 per cent of the global energy demand by 2050.

An added bonus to Innova’s planned reactor is that it could also produce upgraded carbon products, Olfert said.

“If you play your cards right, you can make other types of carbon, like carbon nanotubes or perhaps even graphene,” he said. Graphene is the thinnest known material at one atom thick and about 200 times stronger than steel.

“Now all of a sudden, these things have a value of tens to hundreds of thousands of dollars per tonne (compared with about $1,000 per tonne for carbon black).”