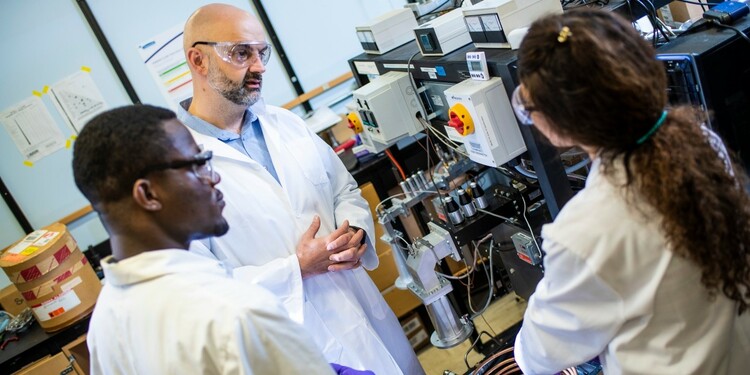 Short of the advent of quantum singularity seen in the fusion drives of futuristic movies, there is really no renewable energy answer other than liquid biofuels for areas such as long-haul transport, marine shipping and airlines for the foreseeable future, according to University of Alberta bioresource scientist David Bressler.

The biggest holdup, he explained, is the energy density, or force, required for those applications that can’t be met by wind or solar power.

To help ramp up delivery of a renewable jet fuel solution, Navdeep Bains, minister of innovation, science and economic development, announced Western Economic Diversification Canada is investing $1.6 million to help with the $6.2-million project, which also includes funding from Alberta Innovates, private investors and other funding.

With a biofuel research platform dating back to 2003, Bressler’s lab has been the focal point of a push to test and validate renewable jet fuels, which are produced from lipid-to-hydrocarbon technology that converts agricultural waste fats and low-grade oils into fuels and other chemicals.

“We're already making jet fuel at scale—this isn't something theoretical being done in the back room of the lab. Most of the studies being done are at a multi-litre scale, design and testing,” he said.

“We’re hoping to be able to do an actual flight within two to three years, which means you need to have a couple thousand litres of fuel,” he said. “We’re getting closer.”

Despite being cheaper than diesel, jet fuel has higher performance specifications because of the extreme temperatures it is needed to perform in.

“It needs a lower cloud point, meaning because of the very low temperatures up in the air, you can't have the fuel solidifying,” he said. “As well, emission standards are pretty high—the idea is we’re trying to reduce the carbon footprint substantially.”

The money for Bressler’s lab was part of a larger investment of $27 million in 23 projects across Edmonton and surrounding areas, including five others directly related to the U of A.