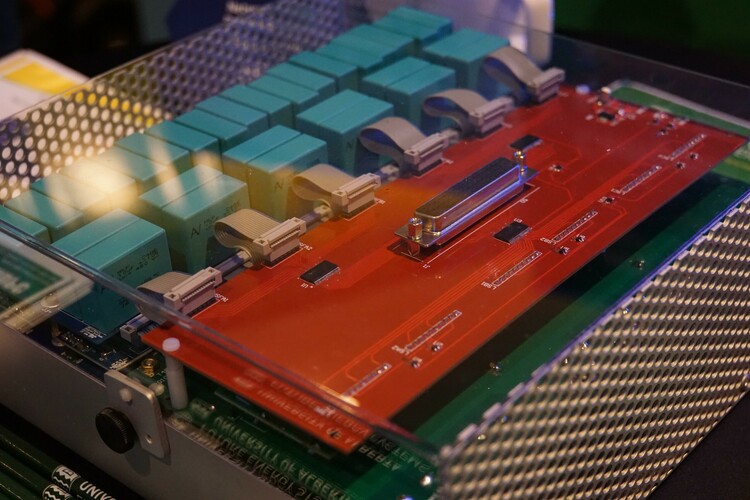 Alternating and direct current –– AC and DC, respectively –– were a hot debate at the beginning of the electrical age. Dr. Hao Tian's virtual talk at the Edmonton Public Library on July 29 brought the issue back, in light of the energy requirements, challenges, and opportunities of the 21st century.

“The question is, which one is better? This answer was DC at the beginning, because DC is easier to control,” Hao explained. Only having one variable, amplitude, DC was more stable.

“On the other hand,” he continued, “AC has a lot of variables to be controlled, like the frequency, so it was hard to control.”

However, the work of many engineers and scientists, including Nikola Tesla, lead to great improvements for AC systems. Ultimately, it was the requirement to span long distances that cemented the preference for alternating current across the nascent electrical grid, as this was a property that contemporary direct current technology lacked.

“AC and DC both have benefits and drawbacks,” Hao explained, “and both are still used.” He cited the example of batteries, solar cells, computers and phones, as relying on DC.

But how do these different systems connect?

Power conversion allows for the control of the quality of the electricity, and it has big implications for renewable energy, which often has a much more variable output than traditional oil, coal, and gas combustion-based energy.

This is where Hao’s research lives: the creation and refinement of electronic technology to control power conversion, referred to as power electronics.

“Power electronics are based on three technologies: power semiconductors, power converter circuits, and a control system,” he said. These three components working in concert allow not only the conversion between AC and DC, but also control of the power within either AC or DC, allowing the electricity output to be stabilized despite potentially unstable sources, or to be suitable for use in different contexts.

“We can step-up or step-down the voltage, it’s very flexible,” Hao said. That’s lucky for us, as power electronic devices are required in devices all around us. “Cellphone charging circuits, computer desktop power supplies, variable frequency fridge and air conditioners, and the drive system of electric vehicles ––- all based on power electronic technologies.”

Also widely used in industry, power electronics are most important because they help us address the challenges of the modern AC grid. “Greenhouse gas emissions are rising and demand for energy is still increasing,” he asserted, “but our aging grid requires some upgrades to meet it.”

Despite these challenges, Hao outlined how power electronics might play a role in creating solutions. As well as supporting renewable energy generation, power storage, and high voltage DC transmission –– a limitation of DC pre-power electronics –– these technologies can address issues of power quality and potential for low-cost electricity delivery for remote areas with microgrids.

“The wide applications of power electronics can help improve the electricity grid structure for the future,” Hao concluded. “High reliability, high efficiency, high power quality, and low carbon emissions –– all advantages that we can achieve with better power electronics.”