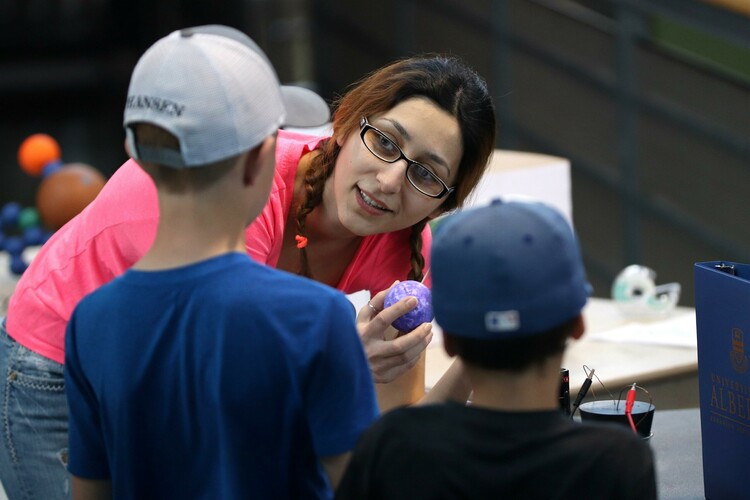 Energy research and teaching have been essential to the University of Alberta for more than a century, and last week its continued importance was cemented with the launch of the Energy Systems signature area.

“By pulling together our disciplinary expertise in energy and environment research and teaching, with an interdisciplinary emphasis on the entire system of energy discovery, production and consumption, we will bring a new lens to problems that require urgent solutions,” said President David Turpin during the signature area’s official launch last Thursday.

The launch was part of UAlberta Energy Week –– a series of special events highlighting current energy research and teaching initiatives, during which Future Energy Systems researchers played a central role.

“We wanted Energy Week to showcase the energy research and teaching that already takes place at the University of Alberta,” explains Anne Naeth, who took over as Director of Future Energy Systems last August and is now also the Director of the Energy Systems signature area. “We have a lot of energy expertise to highlight.”

Over the course of Energy Week, audiences both internal and external heard from more than 150 Future Energy Systems researchers, graduate students, and post-doctoral fellows on topics ranging from technical innovations to our current energy system to reimagining cultural norms in our energy future. 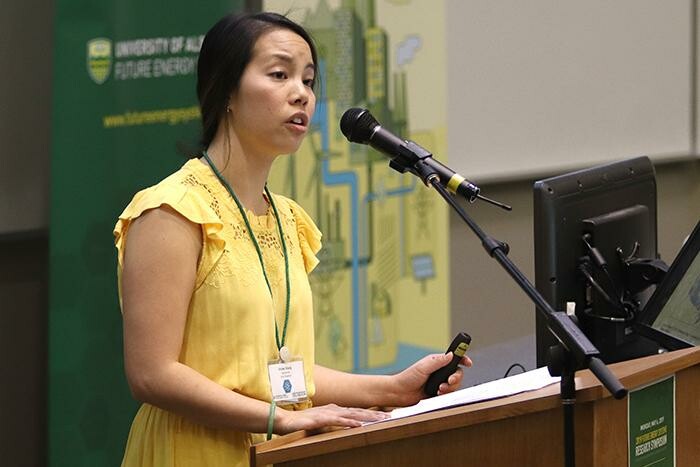 The annual Future Energy Systems research event was part of UAlberta Energy Week, as was an additional new research-focused day. Researchers presented overviews of their themes at the 2019 FES Research Symposium on Monday, May 6, while graduate students and post-doctoral fellows presented at their own Colloquium on Tuesday, May 7.

“In 2018 the FES Symposium only featured our students, so we wanted to make sure our researchers had a role this year,” Anne explains. “That’s a trend we’ll continue, with some refinement, in the future.”

She suggests that the 2020 edition of the research event –– which will coincide with the program’s mid-way point –– might feature researchers, graduate students, post-docs presenting together in the same sessions, instead of being separated by day.

“Our previous practice had been to host separate events for separates types of researchers, but we gain more from bringing everyone together,” Anne observes. “That principle will certainly inform our planning for next year.”

During the Student and Post-Doctoral Fellow Colloquium, 94 research posters were presented along with 15 three-minute pitches and 15 ten-minute presentations. Two winners from each oral presentation category were selected by a jury consisting of Jennifer Bawden, Science Director at TELUS World of Science Edmonton, John Bell, International Research Officer for the Vice-President (Research) Office, and Michel Proulx, Editor of Folio. Three winning posters were selected by audience vote.

“We set the rules of poster competition to ensure people had to vote for posters outside their own area of research,” Anne explains. “I think we succeeded in starting a lot of conversations between people working on different parts of the energy transition.”

All main stage sessions from the Student and Post-Doctoral Fellow Colloquium are now available online. One notable resource shared as part of the Colloquium’s introductory session was the Renewable Energy Projects Map, which is available here and catalogues all the renewable projects developed or proposed across Canada.

“Whether you’re doing technical research or studying human culture, that map offers a wealth of useful raw data,” Anne says. “It’s one of many great research outcomes Future Energy Systems has yielded over the past couple of years.”

It’s also a tool that can be of great use for teaching –– the focus of the second half of Energy Week. 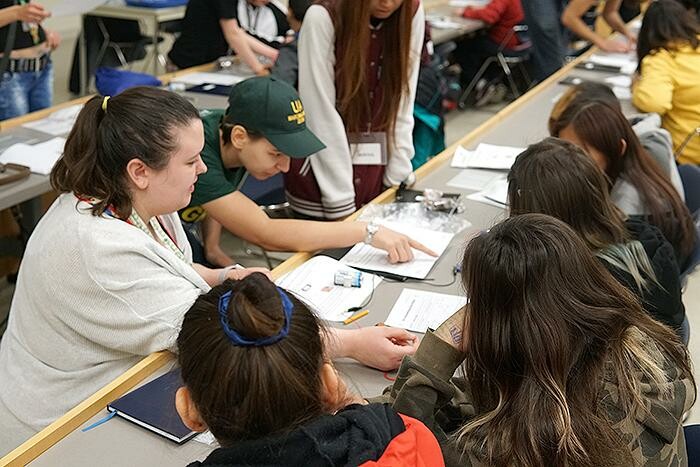 Graduate student Linda Hasanovich (in U of A green) helps Grade 7 students complete a circuit during an Energy Day activity hosted by Let's Talk Science.

“We’re fortunate that so many researchers and students were able to give their  time to ensure the kids had a good day,” Anne says. “These sorts of experiences can inspire young people who might find their way back to this university, and could one day be working on our key energy research questions.”

Inspiring young minds was the goal of the nineteen students and post-doctoral fellows who participated in a special energy research showcase at TELUS World of Science Edmonton on Saturday, May 11. More details about this group’s efforts will be shared in a later story, but collectively they capped Energy Week by introducing advanced energy research to families visiting Edmonton’s premiere science learning facility.

“These Future Energy Systems students and post-docs –– and their supervisors –– made time not just for the showcase event, but for the weeks of training with TELUS World of Science Edmonton that led up to it,” Anne observes. “That time commitment demonstrates the importance they place on making our research accessible to the public.”

Sharing research with external audiences is an important part of the Energy Systems signature area mandate, which Future Energy Systems will continue to support in the years ahead. 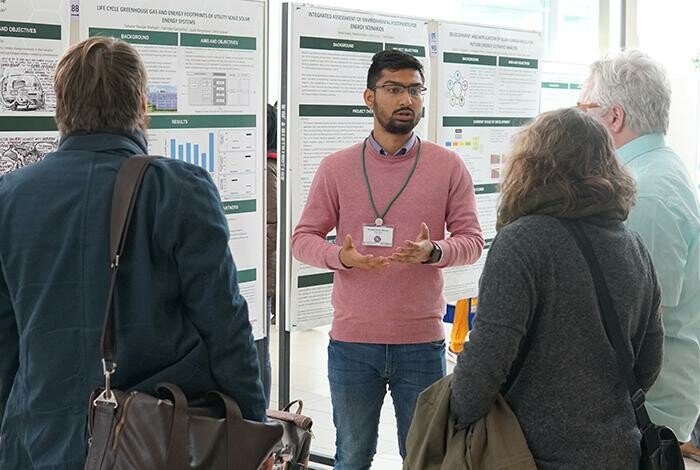 Questions are already being asked about plans for UAlberta Energy Week 2020, but Anne believes the first step is to assess whether the one-week format should be continued.

“This week was a very special occasion to mark the launch of the Energy Systems signature area,” she explains. “Now we need to be keep energy conversations going year-round.”

Future Energy Systems researchers will be vital to those conversations, both within the University of Alberta community and with external partners, stakeholders, and members of the public. Facilitating more interactions will be an important priority moving forward –– though resources will have to be carefully managed.

“Every dollar we spend on an event is a one that’s not going into a grad student’s salary or a piece of research equipment,” she adds. “Working with the signature area and other partners, we will be able to pool resources and create new opportunities.”

Efficiencies are already being found. Anne points out that the combined cost for Future Energy Systems events during Energy Week was less than the budget for the 2018 Research Symposium, while providing a more diverse range of opportunities for a larger number of personnel.

“We’re going to keep working on more efficient ways to build and sustain the relationships that make us stronger as a FES community,” she asserts. “That may mean more frequent, smaller events, and more partnerships with external groups and industry –– the people outside our institution who need to know what we do.”

Whatever form the efforts take, Future Energy Systems will continue working in partnership with its researchers, graduate students, post-doctoral fellows and other highly qualified personnel to share their work, and ensure that the University of Alberta’s new Energy Systems signature area is built upon a strong, collaborative foundation. 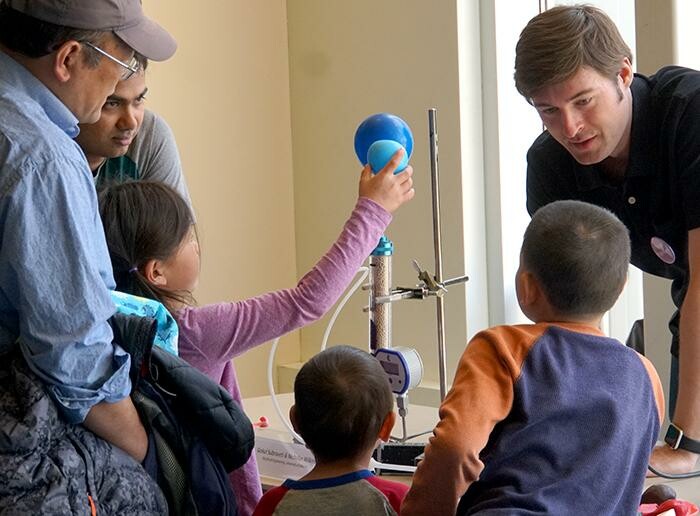