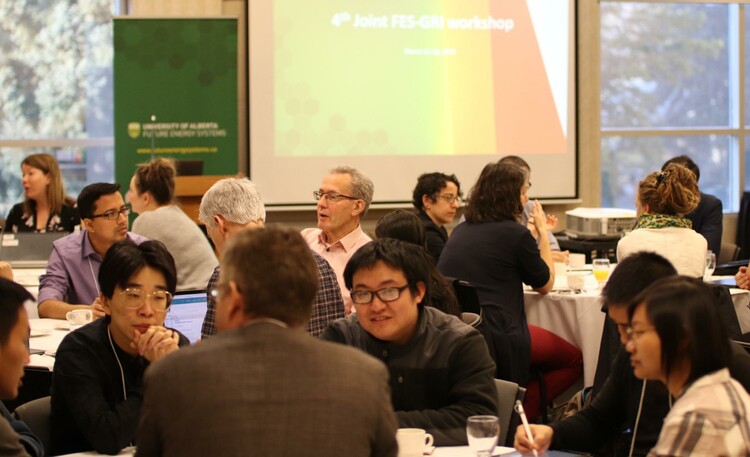 In 2016, both FES and GRI were created through separate awards of $75 million from the Government of Canada's Canada First Research Excellence Fund (CFREF). Both programs have been tasked with conducting energy research that can have a significant impact in Canada and around the world, and they have partnered to conduct joint research in areas of complimentary strength.

Eight collaborative projects have now been launched, involving 21 researchers and 34 students and post-doctoral fellows from the two institutions. Though the projects have only recently commenced, they have already generated 27 publications, presentations, and awards.

At last week's workshop, researchers, post-doctoral fellows and students from both FES and GRI presented on the latest developments from their projects and participated in technical meetings. They also joined a series of roundtable discussions exploring broader energy research questions, from the importance of sharing equipment and infrastructure to the necessity of communicating with key stakeholders and end users. These discussions will help inform ongoing strategic planning for both programs.

Collaborating to undertake groundbreaking energy research will continue to be an important priority for GRI and FES. The programs' next joint workshop is currently scheduled to take place next October in Calgary.