Michael Chae helps oversee all aspects of Dr. Bressler’s research laboratory, including research program development, supervision of graduate students and postdocs, and financial planning and budgeting. Dr. Chae received his PhD from the Department of Biological Sciences at the University of Alberta in Molecular Genetics. Following his graduation, he was awarded a Japan Society for the Promotion of Science Postdoctoral Fellowship to study at Saitama University in Saitama, Japan. He then moved to Dallas, Texas for second postdoc at the University of Texas Southwestern Medical Centre. In 2012, he moved back to Edmonton, Alberta to work for Maxxam Analytics as a Scientific Specialist. He was later promoted to Soils Supervisor of the Inorganics Department. In April 2014, Dr. Chae became the Program Manager for Dr. Bressler.  Through his various experiences, Dr. Chae has received extensive training in genetics, biochemistry, molecular biology, and inorganic chemistry.  Dr. Chae has immense experience working with enzymes and oversaw a large-scale (100 L) fermentation using low-value feedstock conducted at the Alberta Innovates Technology Futures. 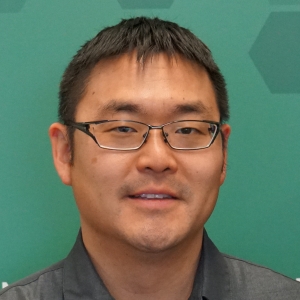